I now turn back to a army that I haven't worked on in several months, my Wood Elves. As I last left the army it was at the state of adding my converted Wood Elf Dragon Rider. (Part VI described here).

This time around, I've churned out twenty 4th Edition spear-men for my 3rd Edition Wood Elf Force... Obviously they fill out the role of Warrior Kinbands in the 3rd Edition Army list.

Couple of points:
So I started with 12 that I had bought years ago; stripped the old paint off and started at square one. Got eight more off eBay last fall and just got around to painting them. So without further delay the next unit to come off the bench. 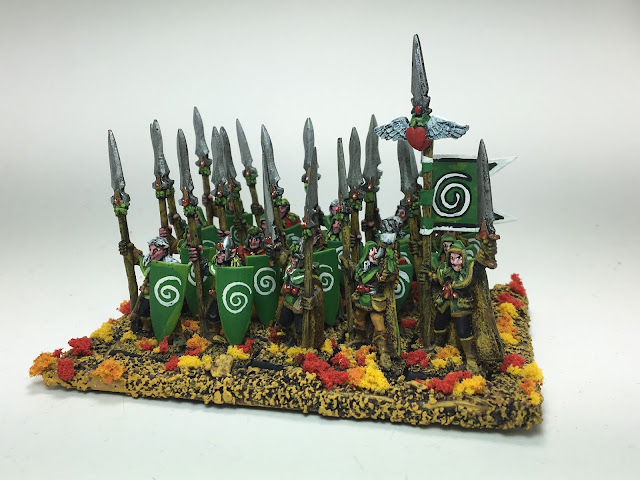 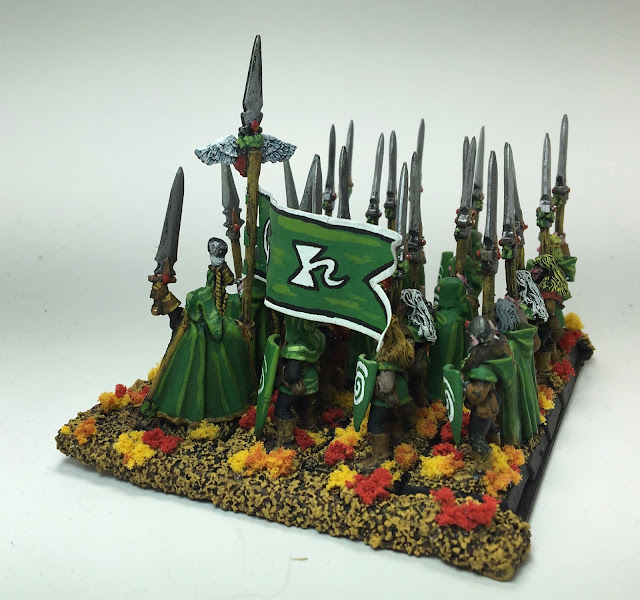 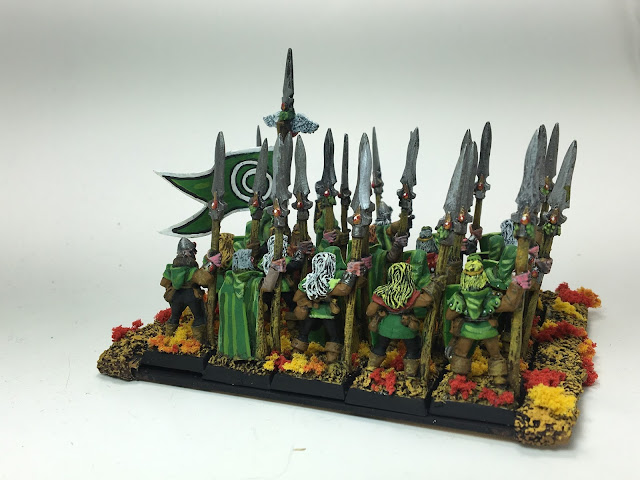 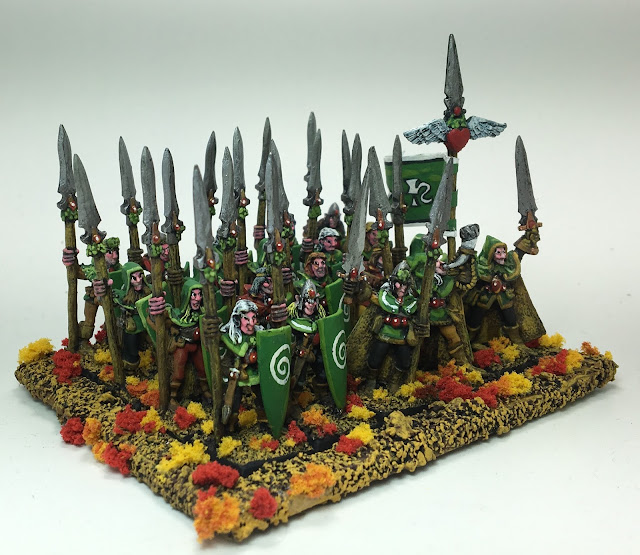 As you can see I continued the autumnal feel with the basing. I also continued the green shields with the white swirl pattern to tie them into the rest of the army thus far.

Next up for this army is... I'm not sure. I have another unit of wardancers currently standing at 7 out of 10, and two units of 20 archers formed from metal command/hero minis and miniatures from the plastic Warhammer Fantasy Regiment box set.
Posted by Willmark at 9:42 PM 1 comment: