As the title notes... but not really much of conundrum. The reality is these guys I just finished up could be used for one of three things in 3rd Edition Warhammer.

As I outlined here these minis are from my very first army, Bretonnians... which lasted all of one battle before converting them to Empire. (see I disliked them even back then!) Through the years they saw a few different configurations, even buying 5th edition Bretonnian warhorses and repainting them. Fortunately for me I did save the horses they came with and had a vague idea of making them into a terrain piece: horses around a paddock. But as in my previous post I noted I wanted to bring them back to 3rd Edition. They were mostly in good shape but a fair number of the horse tails were missing so green-stuff to the rescue.
Regardless of how they are used there is still a further plan with them. I still have 10 more horses that I will expand to another unit. Once I have the riders for them I will split out the Templar painted knights for their own unit... Dues Vult! (Note- nothing more implied by that other then the Templars themselves.) These are left overs from my Imperial Knights who were rebased on armored horses and fit perfectly.

Like the rest of the mercenary forces I've used brown bases for them and added a few half-buried shields and mushrooms to give them that 3rd edition look and feel.

Anyways, here is the finished unit. Of special note is the Templar in the front row on the right of the standard bearer. He represents the first Warhammer minis that I ever painted. I've since repainted him a number of times and hopefully this is the last. 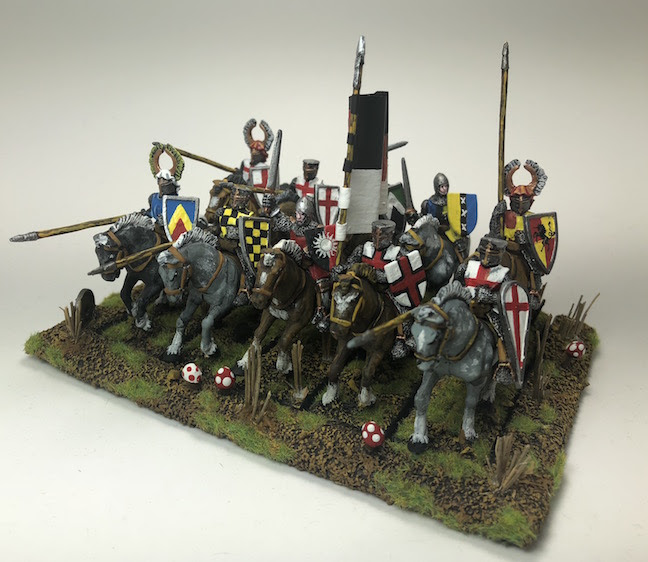 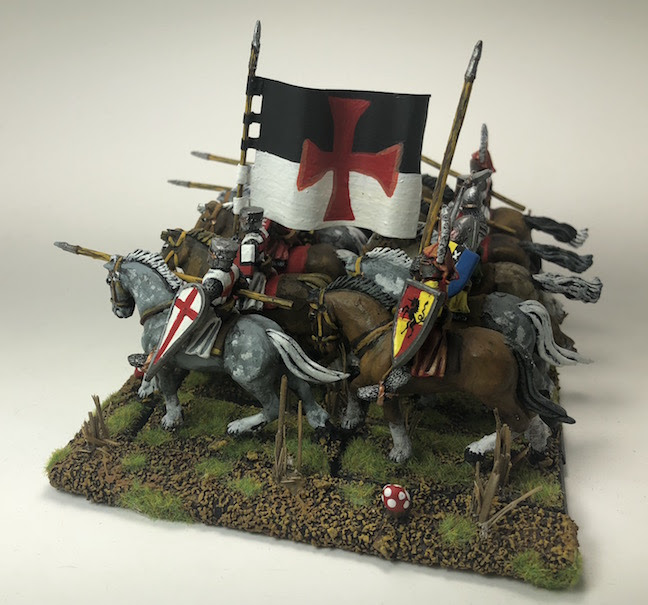 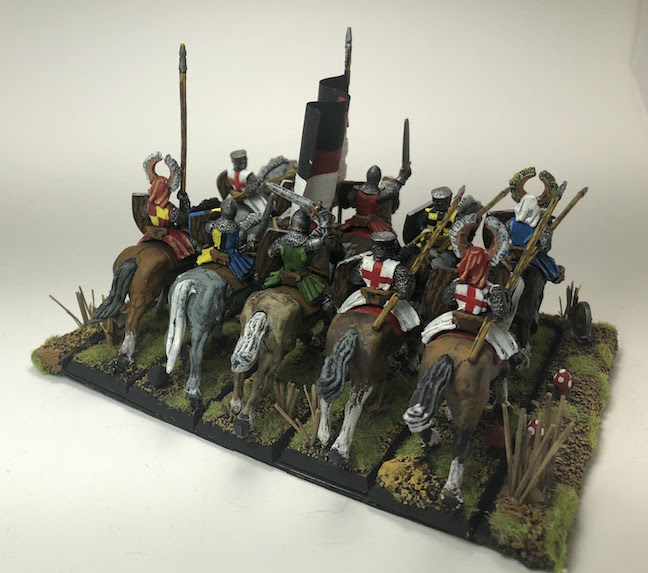 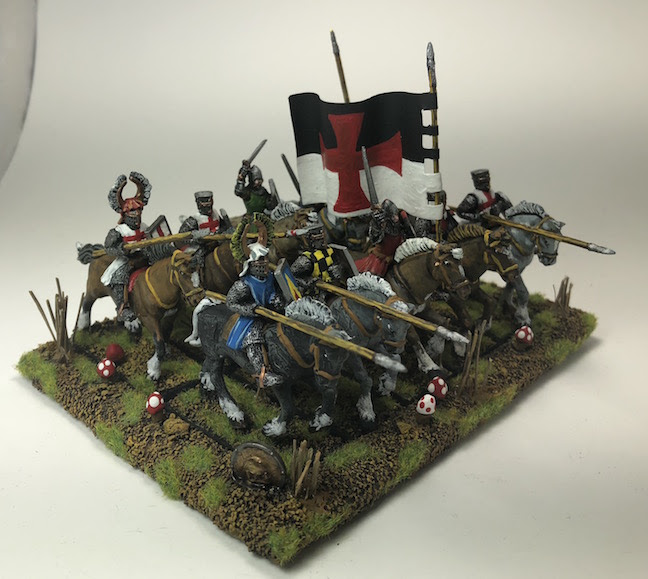