Being the Mad Hatter that I am I decided a while back to post my "back-port" of a Chaos Dwarf Army list to 3rd Edition rules. I've been on the periphery of the Oldhammer movement, but felt compelled to give back by standing on the shoulders of those who got the ball rolling as it were.

For those not in the know, back in the 3rd Edition days the Chaos Dwarfs only appeared in two sections in terms of armies in the game and then not even in their own army. They appeared in Warhammer Armies: as part of the Chaos Ally contingent and as part of the Khornate army listed in Realm of Chaos- Slaves to Darkness. Even then, the Chaos Dwarfs were different than what would appear in the 4th Edition rules in their own "Army Book". From there there, the uncertainly of 5th through 7th editions until Chaos Dwarfs Online spearheaded a resurgence and brought them back from the brink of disappearing.

So with this in mind I attempted to create an army listing in the same vein as how they were presented in 3rd Edition, but using the organizing concepts of 4th Edition and beyond. That is to say I combined orcs and goblins into the list, even though in 3rd Edition they are listed as hating all dwarfs including Chaos Dwarfs. Oldhammer is what you make it and I'm not too worried about the 3rd Edition Warhammer police breaking down my door by breaking a rule. Then again, with Games Workshop Legal? Who knows...

Knowing a fair amount about graphic design and having produced both the Word of Hashut and Gold and Glory ezines it was a fairly easy task to replicate the look at feel of Warhammer Armies. The problem wasn't the design but rather it is my illustration skills which have atrophied over the years. Sot it was a lot of scans were in order, namely from White Dwarf, Realms of Chaos- Slaves to Darkness and Warhammer Armies.

Be warned, this has NOT been play tested so who knows how it will work! You'll also note that there is space for adding rules for the Chaos Dwarf Juggernaut. Strangely, Games Workshop created the model back in the 80s, but never created rules for it. The production run of the mini was limited and goes for quite a bit on eBay. At some point I'll add rules for the miniature and its accompanying crew.

For more details on Chaos Dwarfs in the 80s and early 90s, be sure to check the excellent site Realm of Chaos, a leading light in the Oldhammer movement.

The 3rd Edition Chaos Dwarf Army list can be downloaded here, let me know what you think.
Posted by Willmark at 2:38 PM No comments:

As if I don't have enough to paint already and adding to the fact that my painting desk is groaning under the weight of copious amounts of unpainted lead. What do I do? Of course, I purchase more minis. I've been eying the excellent range of Creatures of Chaos by Andrew Taylor for several months now and finally got around to pulling the trigger. Suffice to say I'm eagerly awaiting these guys from the UK. 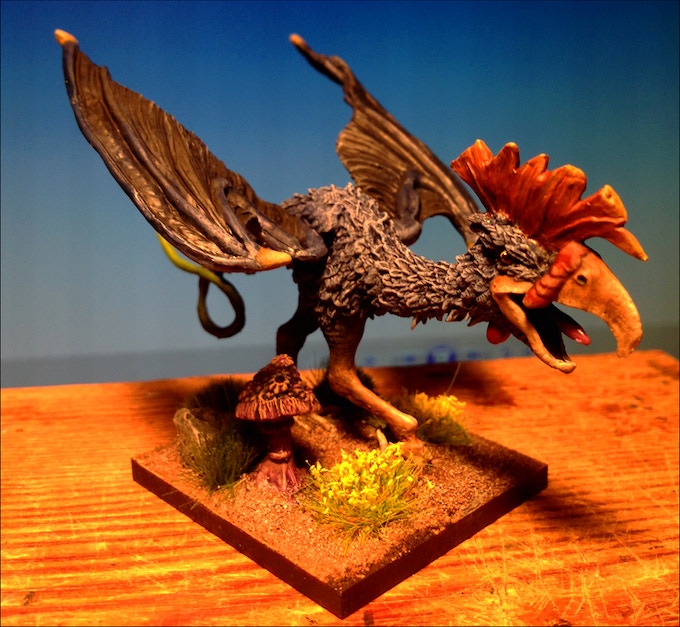 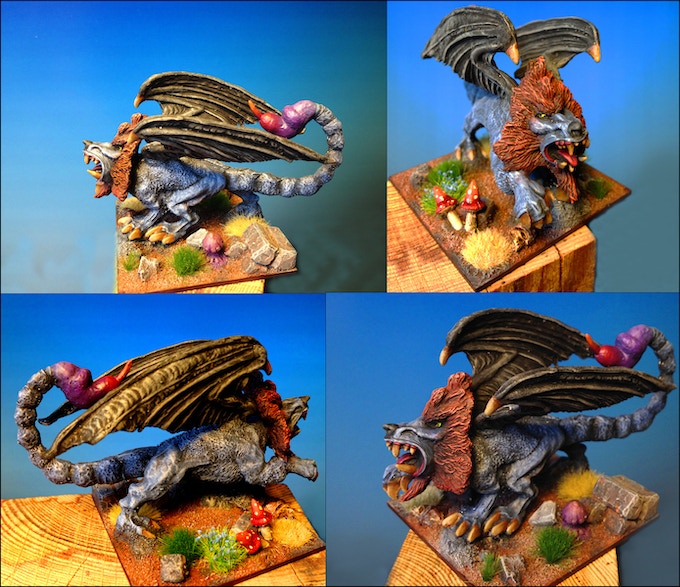 If you are in the market for these guys, whether for role-playing games or for war-gaming you could do a lot worse. These guys look excellent and cant wait to get my grubby mits on them. Link to Langley Miniatures. I'll just have to remember to post my progress here as my various projects underway are scattered across multiple sites.