Yo Ho, Yo Ho the Pirates Life for me

In early December of last year we returned from Disney for vacation. We have been going there quite regularly since 2011. But what does that have to do with the focus of this blog I hear you say. well as you know I'm a fairly keen terrain builder. So when I was at Disney with the family this last time I spent a bit more time looking around and taking in the architecture. As one would imagine I'm a big fan of the prototype model of EPCOT (Walt's original idea). I also look over Frontierland a lot too as I like westerns as I've outlined on the blog here various times.

But to the point of this post: while riding Pirates of the Caribbean several times I paid more attention to something I have only given a scant thought previous: the skull rock at the very beginning of the ride. The skull is pretty cool and is fully detailed here. I wont go into too much detail as that site does a very good going into detail but I'll cover the basics. 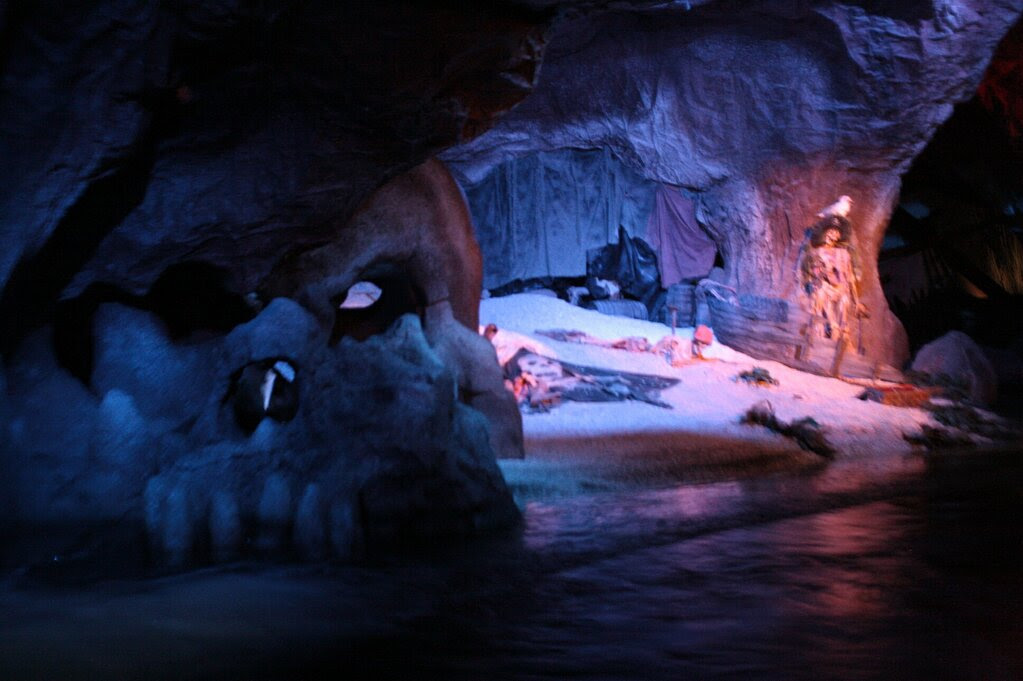 The rock when viewed face on looks like a skull which is pretty cool. As the site listed above notes when you're on the ride, you glance at it and then your attention is drawn to the beach scene just beyond. But the thing is the skull is not a solid piece, its a 3D sculpture.

So when we went through I really took notice of it and when we got back I searched out the site above and from my own recollection. I decided to recreate the skull as as a terrain piece for Warhammer Fantasy Battle.

I don't normally show Work In Progress (WIP) pieces, but this has come out very cool thus far. Like the sculpture it is based on, from the side the skull disappears and becomes just a pile of rocks.But when viewed head on it appears as a skull. 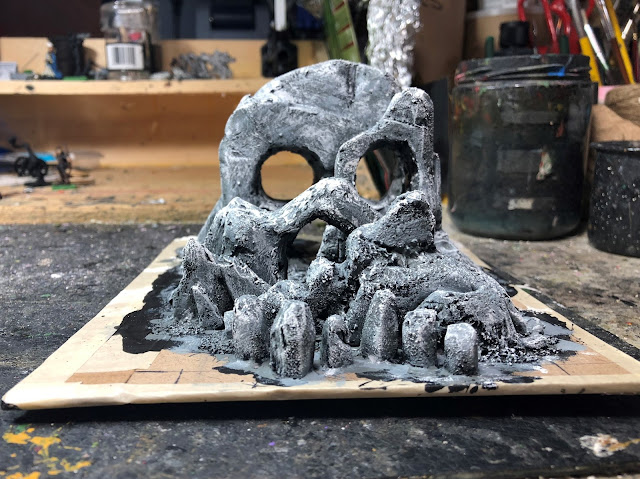 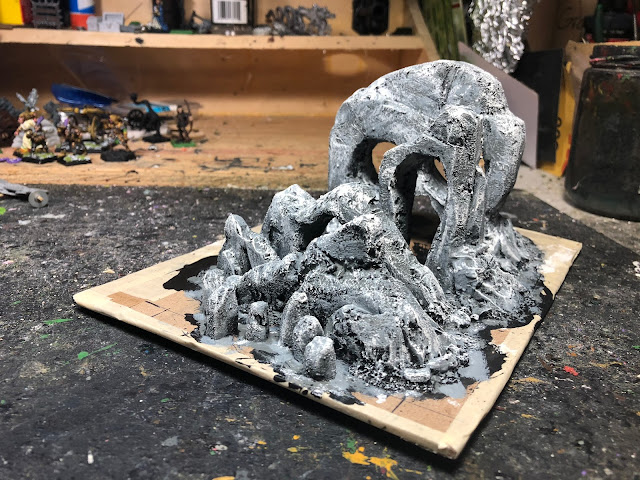 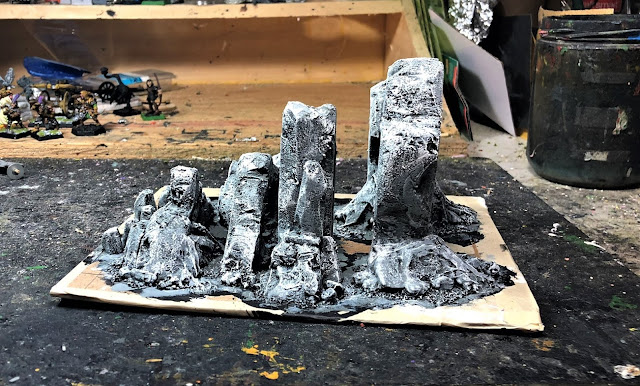 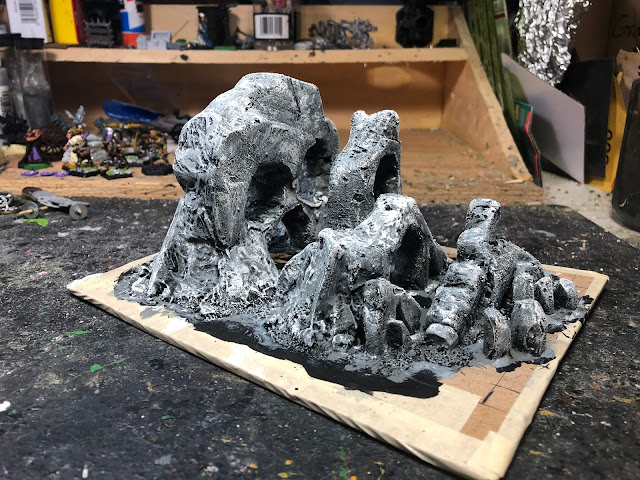 As you can see as it turns the skull "disappears". Basically the structure is  five rows of foam carved with the x-acto knife to create the effect of the skull.

The materials and tools list is as follows and is not that extensive:
The plan for this piece is to create a small section of water to go around it so the skull will represent a small lake on the Warhammer board. In a way this is similar in the moat I'm working on for my Nippon castle (albeit on an on-again off-again fashion)...

Special thanks to Parkeology for the photos and the break down of the construction. While its not exactly as I remember it and I had to modify to create what I remembered its about the only photo I could find.