There are some great Role-playing Games out there that I've known about for years, but never played, and this is about one of them. 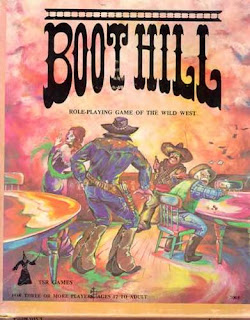 Anyone remember those “Gateway to Adventure” advertisements that came in the D&D boxed sets? In my case, mine came via one of my Christmas gifts in 1982 from an Aunt: the Moldvay boxed set of Dungeons and Dragons Basic. The box and the advertisement are long since gone (still have the rules), but the memory of looking through them still linger on, sort of like looking through Sears and JC Penney catalogs as a kid to look at the toys. I would pour over it looking at all of the cool ads for games from TSR in addition to D&D, the blurbs for Gangbusters, Gamma World, Boot Hill and Top Secret. Out of them I only played Gamma World a bit as we mainly focused on D&D and AD&D as kids.

A few weeks ago I was thinking of that old ad and I started thinking about Boot Hill. Out of all of those old games the only one I never read through was Boot Hill. So I got a set of rules and was surprised by two main things as I read the rules: 1) the combat system (rightly) is deadly and 2), the system is rules lite and more Spartan then OD&D.  As I get older crunchier systems fall by the wayside as gaming time is a finite commodity at this stage of my life. While Aces and Eights* (See below) and Deadlands are interesting (and I like the Savage World rules) I’m less inclined to invest in them, mainly from a time perspective.

Boot Hill on the other hand is fast and furious and has a lot of possibilities. (Yes, I know that’s what Savage Worlds says, but I’m not talking about that rule set right now!) The other interesting aspect because the rules are 34 pages the possibilities are wide open. For source material there is more then a person could ever hope to read/watch in their lifetime. For my own part I’m slowly collecting the Time-Life Book series from the 70s/80s “The Old West”. There are 26 volumes so I have a long way to go, but there are many more sources. For further inspiration there are movies, movies and more movies. Owing to the fact that I was born in 1973 I’m not as big of fan or the serial westerns or 30-50’s stuff. I’ll probably get there, but I’m more in the mold of Clint Eastwood in High Plains Drifter, A Few Dollars More, Fist Full of Dollars, Outlaw Josey Wales, Pale Ride and of course Unforgiven. I’m also partial to Dances with Wolves, Tombstone and Open Range. For classics John Wayne is OK (True Grit), but the likes of Burt Lancaster and Kirk Douglas in westerns appeal to me more. I mean is there a better ending to a movie then this:

Probably not unless you are talking about the awesome Tombstone that has way too many great scenes to count; this one in particular is epic:

So in reality what more could you ask for? A fast and lite system for gunfights and a very open rule set that you can combine with AD&D as needed. Some people dislike the 1st/2nd edition rules saying that there isn’t much for campaign play, they’re right, there isn’t and that’s the beauty of it. The way I look at it the more open the better and its not like there is no material on the American Old West as I mentioned above. For me if I run a game of Boot Hill I’d modify the skills from 3rd edition for use in 1st/2nd, after that the sky is the limit. Think of the great western films: most of the action is against factions, against people and their interactions. So it takes a different mindset to play because its not “open door, kill monster, take treasure.” Sure you could do that and it’s probably not a bad idea for training wheels at the start. But after a while it gets more episodic.

Where I differ is that the times I’ve seen or read about people mixing the two genres it’s usually AD&D with some Boot Hill. Imagine a campaign of Boot Hill with a minimal amount of AD&D, or none at all; if I ran a game of Boot Hill that’s what I’d aim for.

I also read about a great house rule for Boot Hill on a forum (forget which one, might be the ODD Boards): if your character dies you have to go to the kitchen and roll up a new one. If you get him completed before the action is over you can reenter the same gunfight! Sounds like FPS players will like this as a “respawn”.

In closing Boot Hill looks like a great system, it’s also cool to see that TSR’s advertisement worked on me, 30 years after the fact!

As a side note there are places to discuss Boot Hill on the web like the ODD Boards. 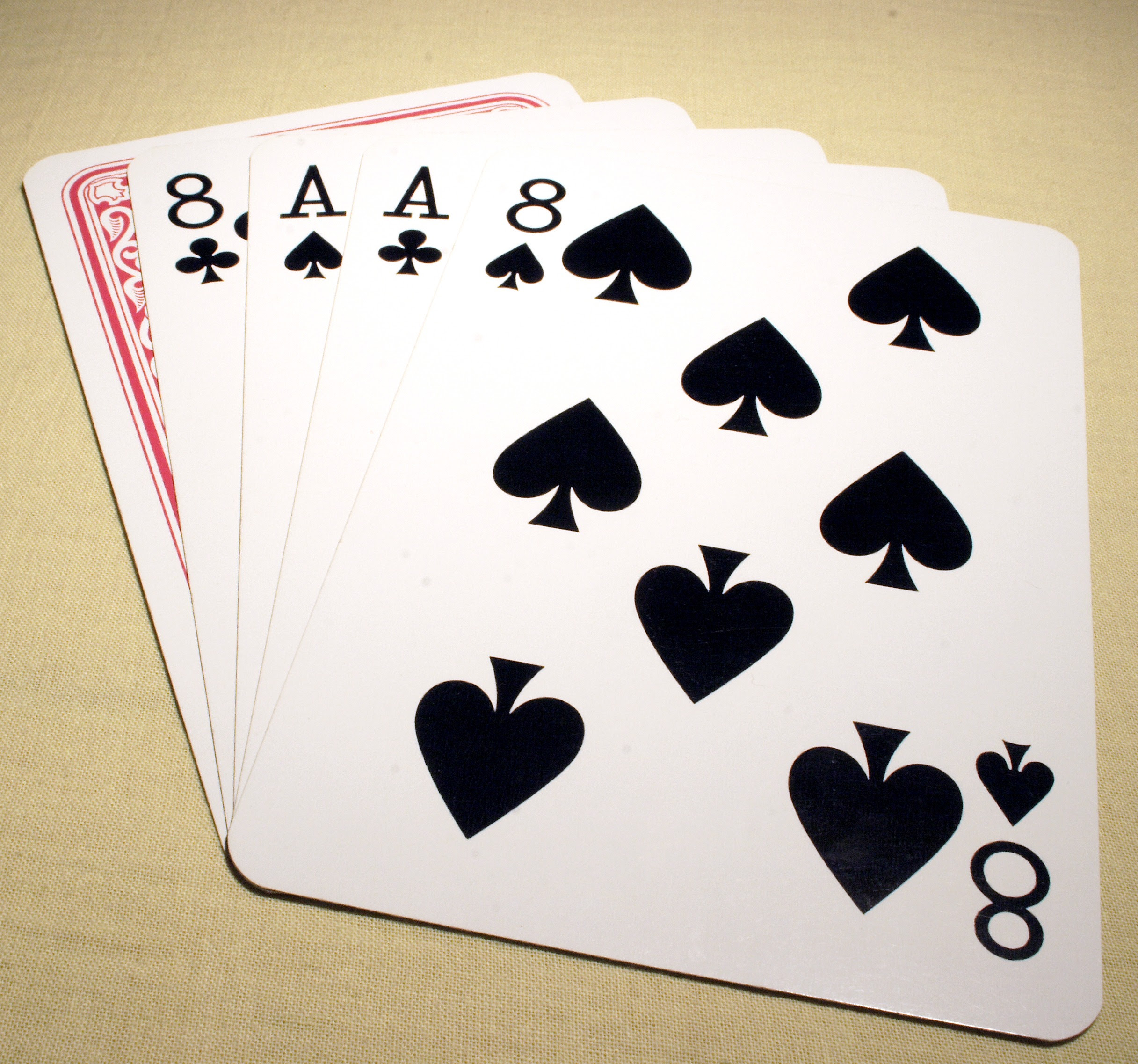 * Lastly, for those who don’t know, Aces and Eights has (must) be aware of) a hidden meaning for the title of their game. When Wild Bill Hickok was shot and killed in Deadwood, South Dakota in 1872 he was playing 5-card draw poker. In his hand were the two black aces and the two black eights, forever known from that point on as a “Dead man’s Hand.”