That's right as outlined in my thread over at Dogs of War Online I've been working on again/off again on my Nippon mercenary force. I've got a lot of stuff on the bench right now but as we are in the waning month of summer here in North America mt thoughts turn back to painting. So with that I finally finished up a unit for the Warband of Nippon: a unit of 25 samurai.

As with all of the units of this army I'm making them flexible enough to be used in varying editions of Warhammer:
So without further delay here are the ashigaru/ronin/lower class samurai as promised. They are not the best unit I've ever painted but considering the stop start nature of them at least they are complete. I tried to keep teh colors somewhat muted for most of the warriors as some later units will really stand out, these guys I wanted less, flash but still painted a few brighter colors. 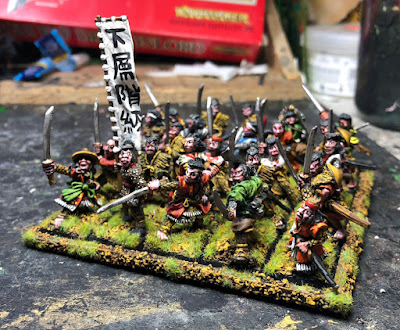 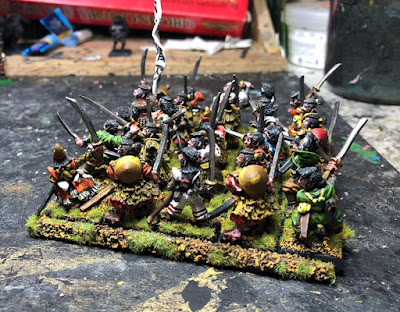 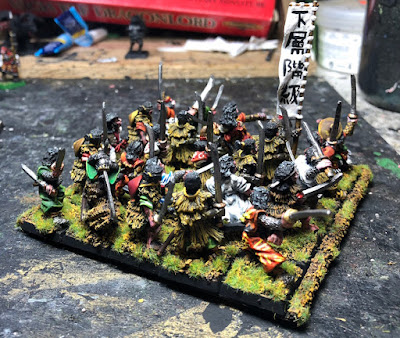 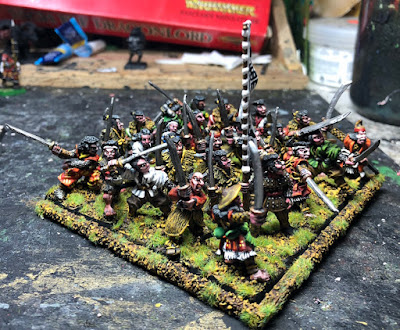 More details are over at the thread at Dogs of War Online, including what is up next for the army and the Nippon Castle.
Posted by Willmark at 8:46 PM 1 comment: