At this point I'm so far into working on it I cant really stop (nor do I want to!) But, I've also come to realize that it probably would have been cheaper to buy some already made terrain available from outlets on the web. But therein lies my main argument against that: I work on the castle when I want to and at my own pace, also I'm having a lot of fun doing it. It's relaxing to do and something away from technology (which I get a lot of Monday through Friday working in IT at my job).

I originally started on the castle in the Spring of 2013 and I've worked on it in fits and spurts ever since. About a month ago I picked it back up and have been diligently been working away on it. What started it off was I took a step back and started working on the outer walls which admittedly are inspired by the walls from Siege & Conquest from the Warhammer Historical range. I think as strange as it sounds, that is what spurned me on. I then went back and fixed some of the flaws in the main structure and it keeps getting better and better.

Of course, here are some photos (this AM I started working on more of the roofs of the outer walls).

Here is where it stands as of a week ago: 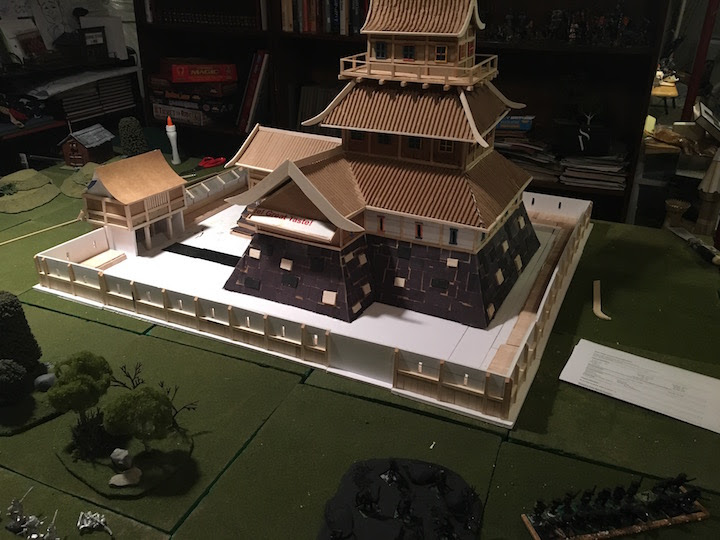 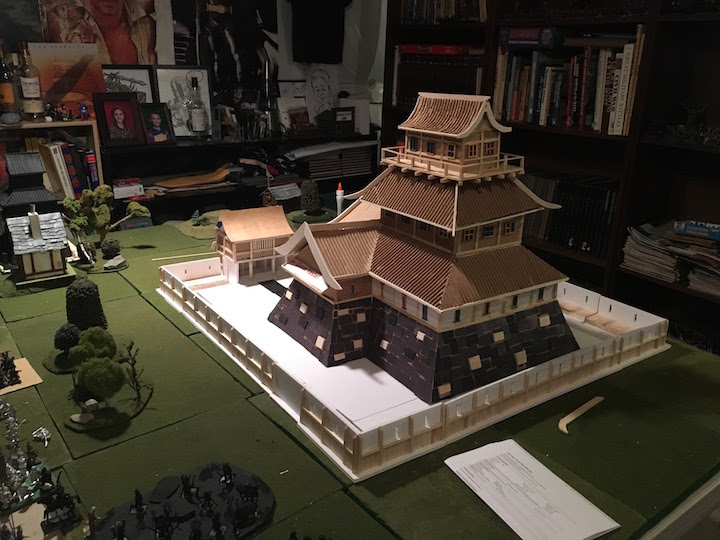 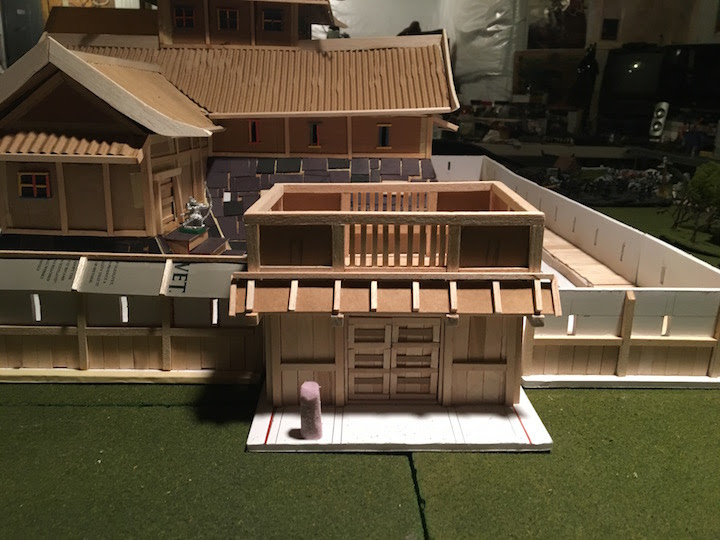 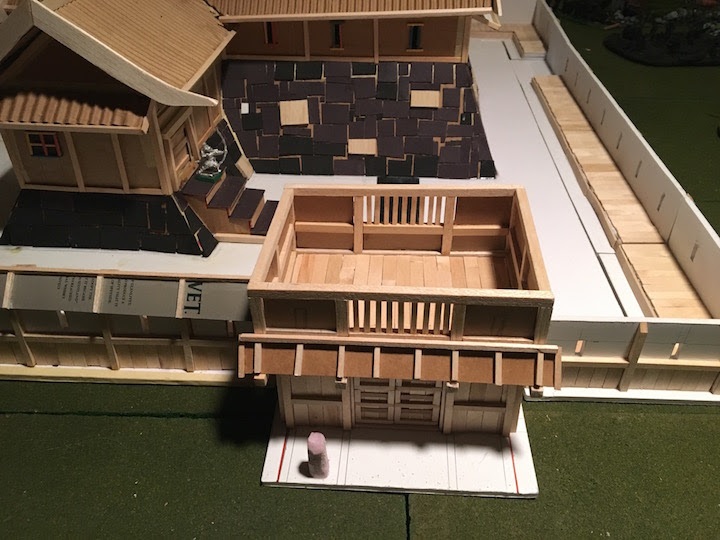 Here is where it stands as of a last night after about one week week of work between the photos. It may not look like much but I spent a lot of time fixing the roofs of the castle and strengthening the whole roof structure as well. 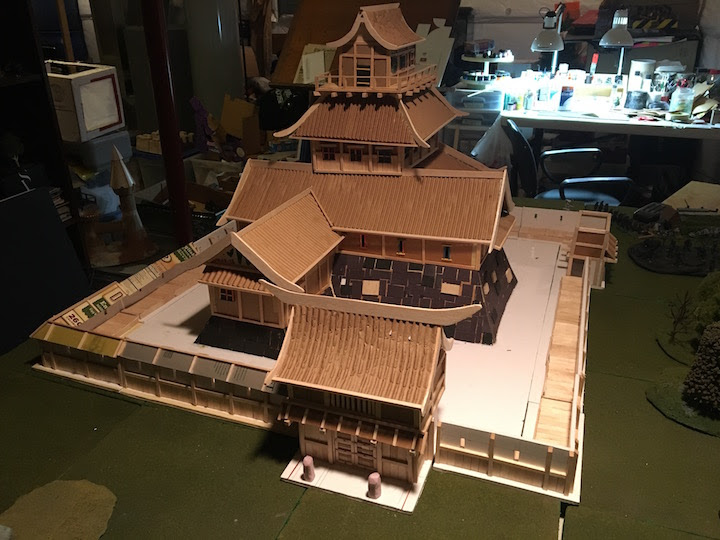 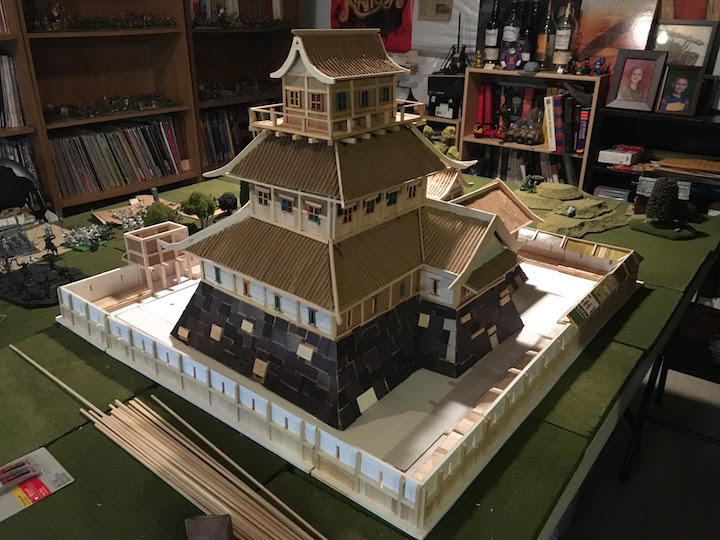 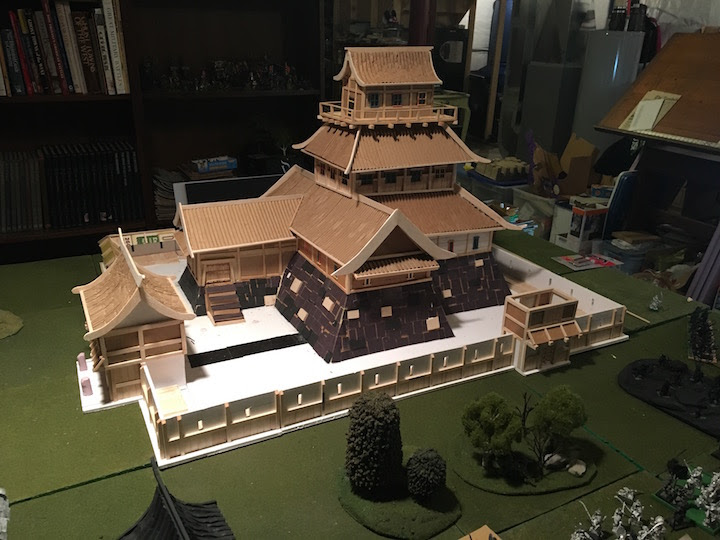 More updates will be on Dogs of War Online as I continue to work on what is turning out to be a long, but very fun project.
Posted by Willmark at 10:57 AM No comments: